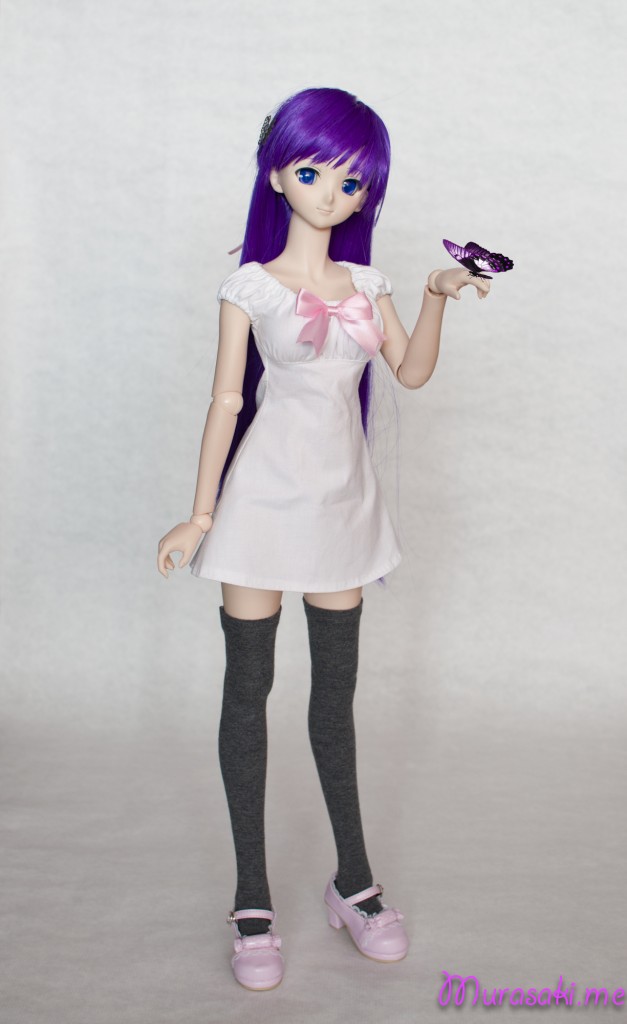 Murasaki-chan is the beautiful character illustrated by Chun-san that greets you every time you enter the bog :) and I am very happy to have a dollfie version of her :)). For now, Saku-chin was the chosen one to cosplay with her dress, also made by Chun-san! Thanks a lot! <333 I was so happy when she said she could make the dress ^__^ . Murasaki-chan was designed according to Nia’s face, but I thought it was easier to cosplay Saku because of the eyebrow color :p and I think she looks nice too! 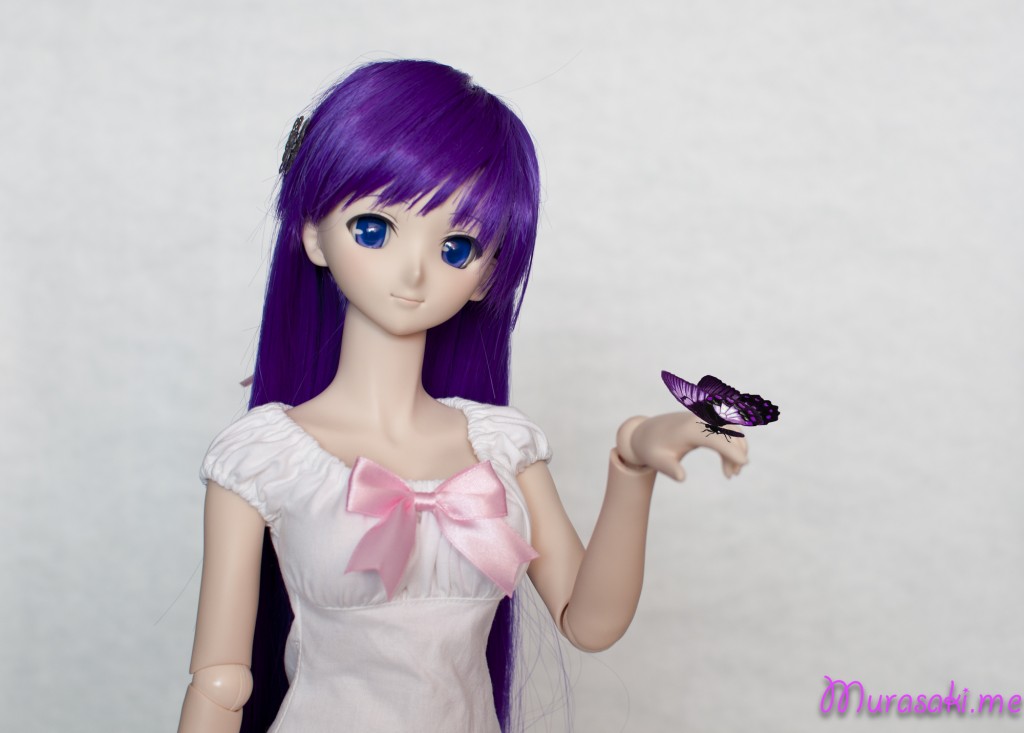 It took me quite a lot of time to find a suitable wig as many stores didn’t have the color I wanted. I finally found this one on ebay, but it was veeeeery long, so I had to cut it and I also trimmed the bangs. It was impossible to find this same color with wavy style, unless I ordered a custom wig…but then the color wasn’t the same….so I didn’t want to risk it >_<. 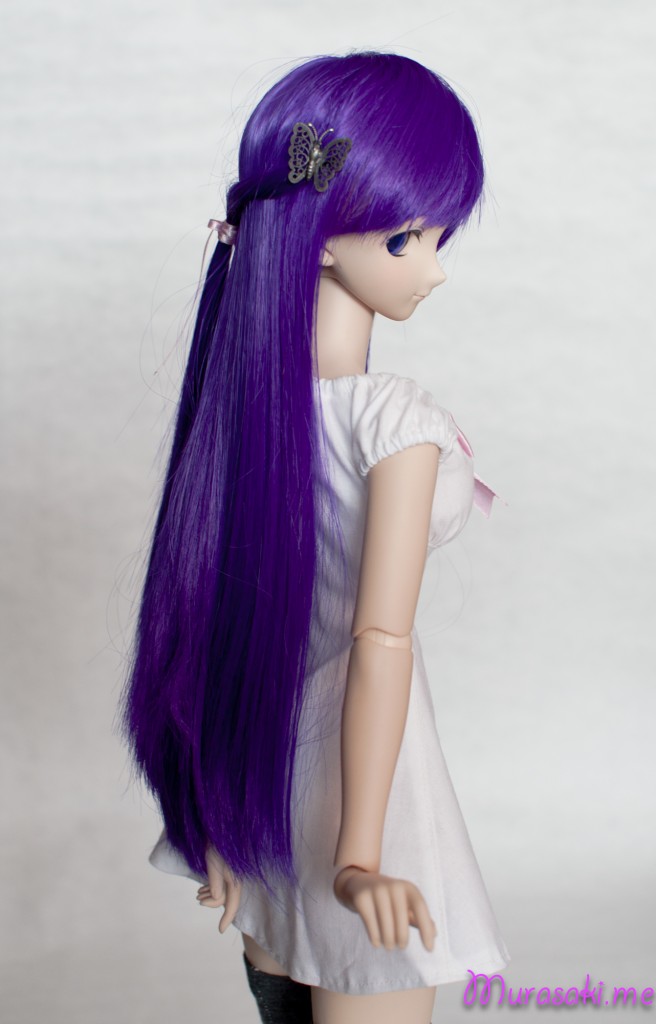 She got a butterfly hairclip I took off from one of my own hairclips :p 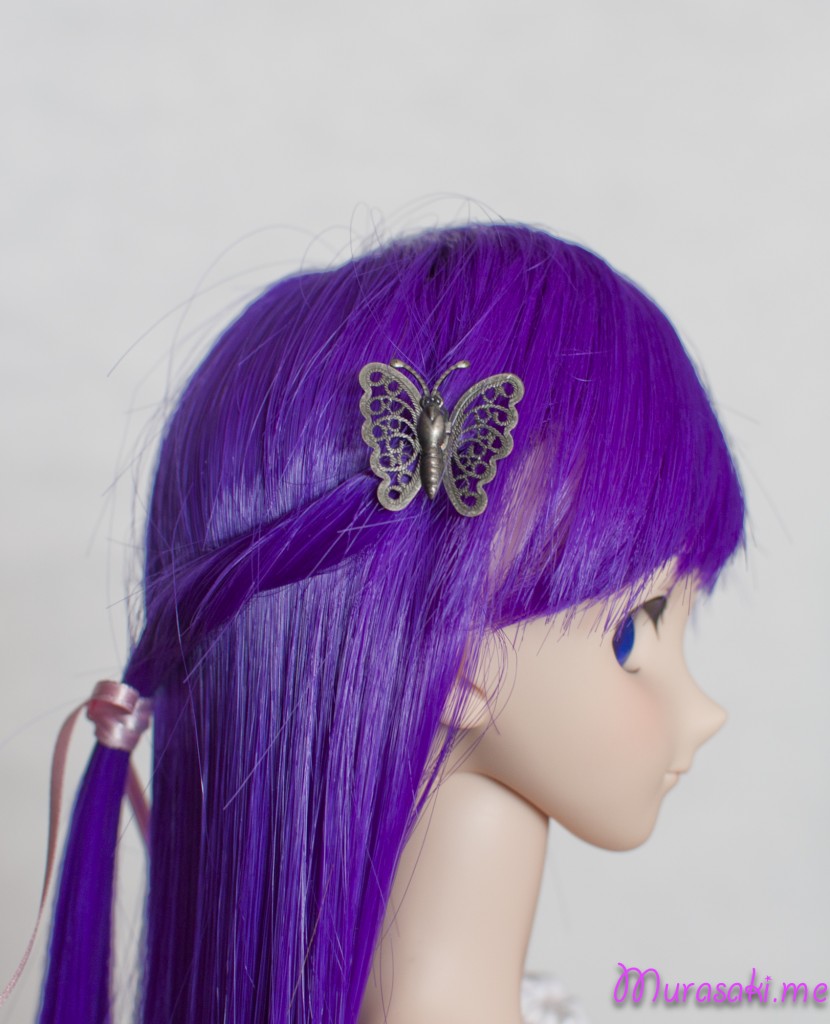 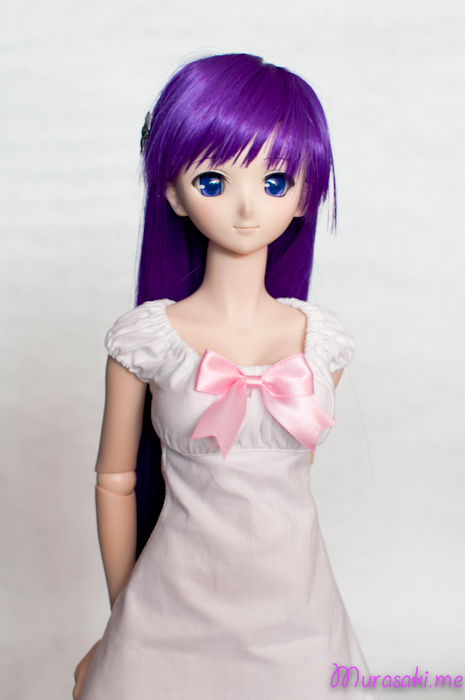 Eye color and wig color match was impossible too U_U … I used Sakura’s default eyes, and I think it did the trick ;)

I really don’t know why Sakura is not that popular, she is suuuch a cutieeee <333 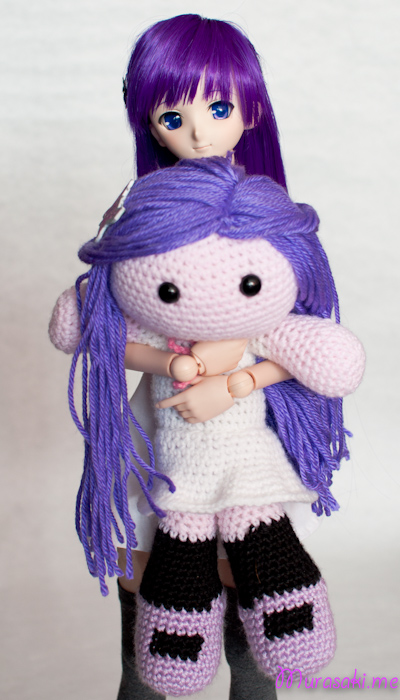 Dancing Queen started to make crochet plushies of anime characters a while ago. She has a store here on etsy! go and take a look because they are awesome and very cute!! I couldn’t decide which one to get, so I ordered a custom xDDD 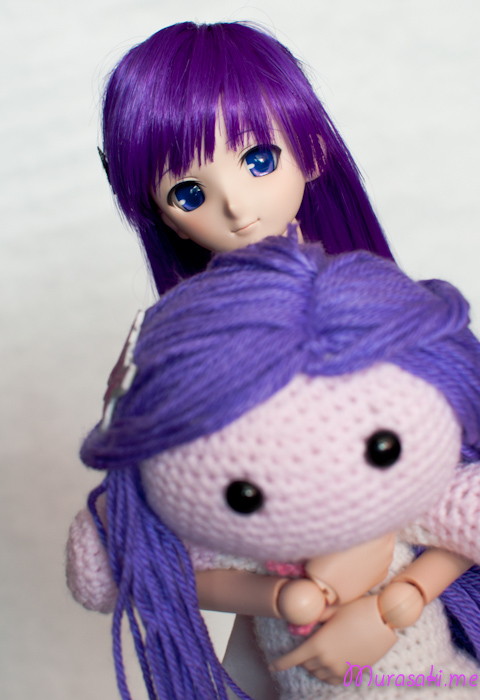 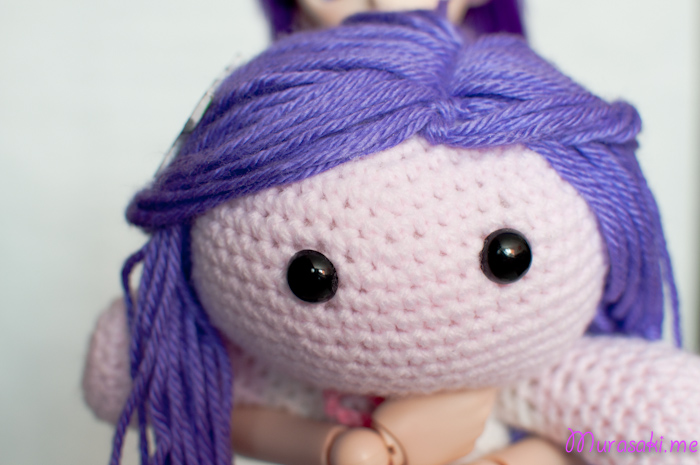 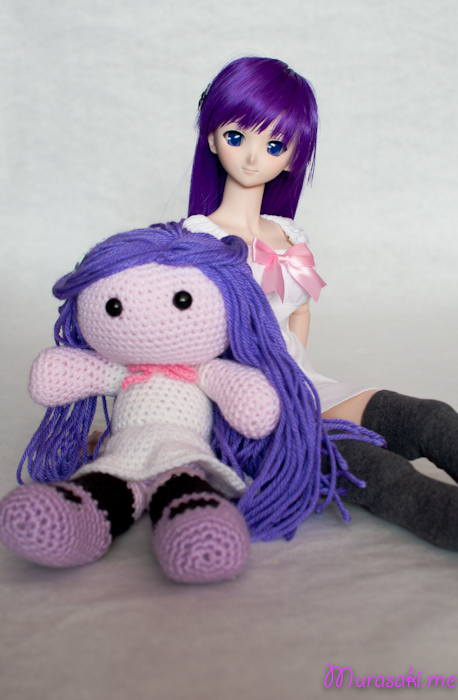 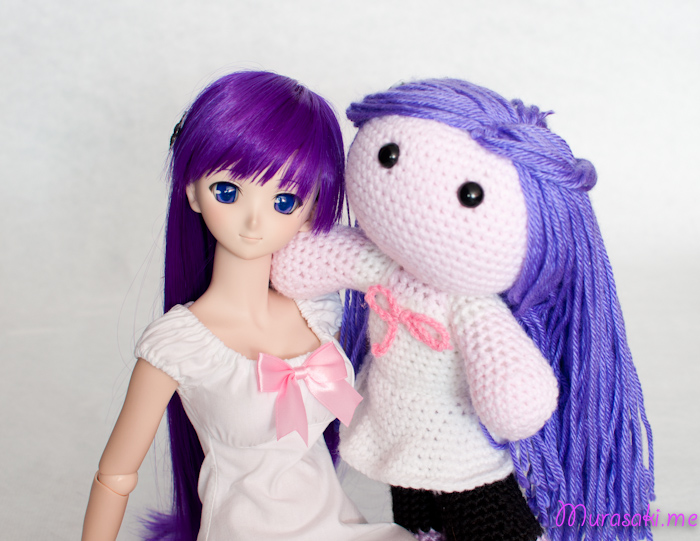 Thanks for looking!! Maybe one day I will get Murasaki-chan her own permanent face-up, heheh^^ but for now Saku will cosplay as her xD