This is the second part of our visit to japan. 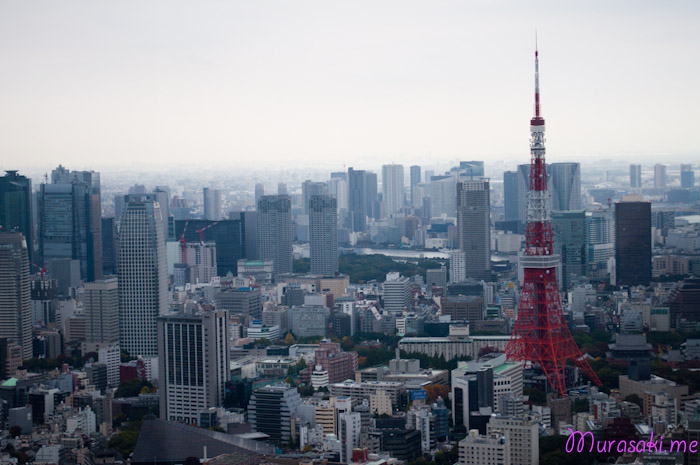 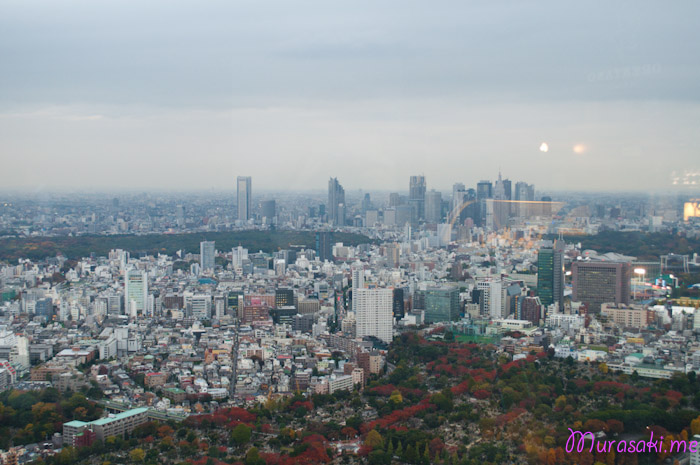 You can see here a big graveyard (I don’t know the name) and the other park in the back is the Yoyogi. 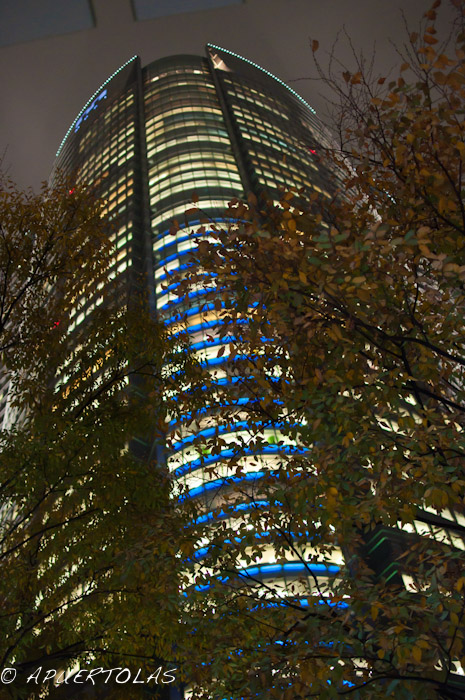 We wanted to take pictures of Tokyo Tower at night, but It started to rain, so we went down. 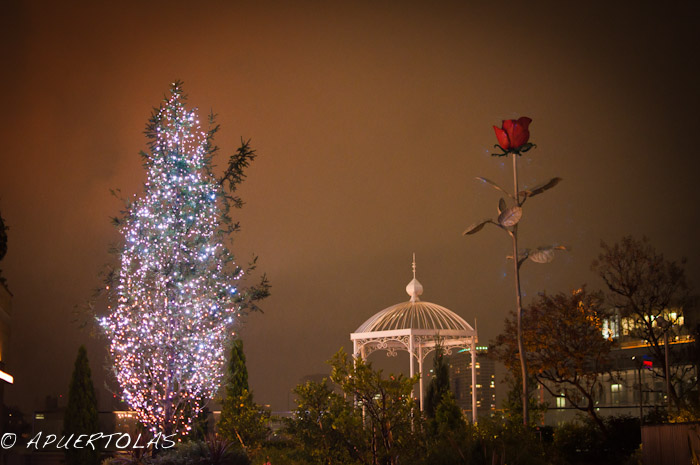 I LOVE this picture, it is just near by the Mori Tower. There was a gazeebo-like structure and a this huge rose, and since it was cloudy and raining, the sky had a quite suiting color. Really lovely view! 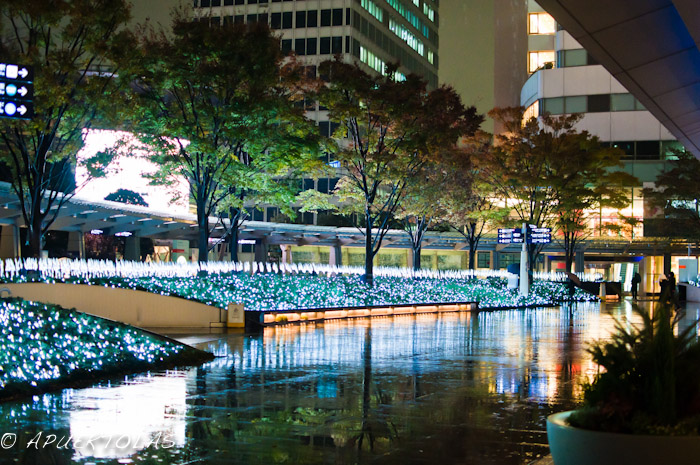 Out visit to Shibuya-Harajuku-Shinjuku was great too! We vent into the Shibuya 109 building, extreme fashion there! Hachiko greeted us too :D,  kawaii! and went to visit the Meiji Jingu Shrine at the Yoyogi park. 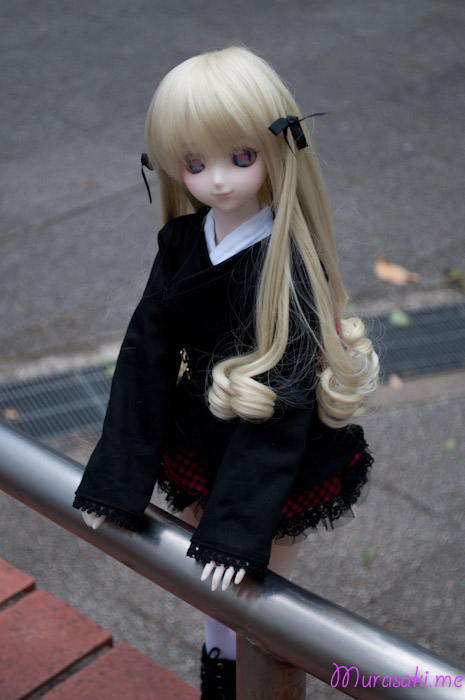 But before that, some Nia-chan pictures in front of my cousin’s appartment :3 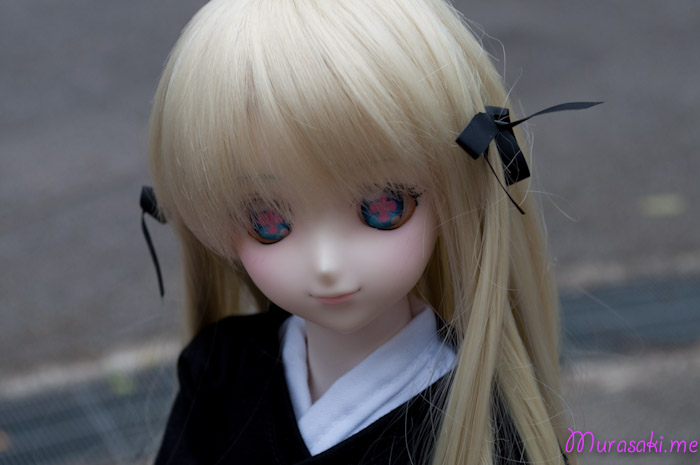 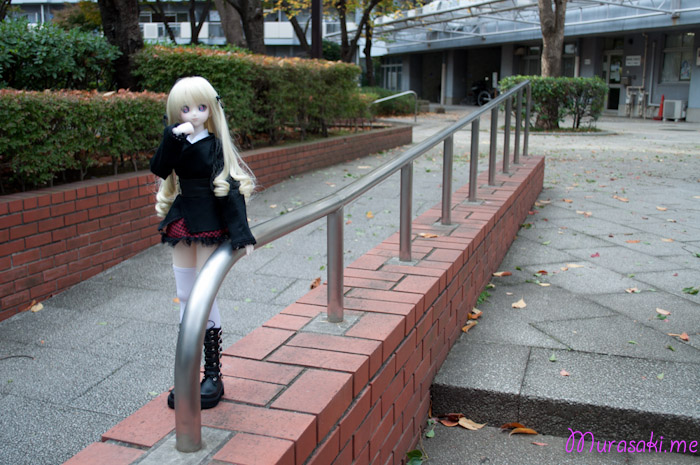 I didn’t mention it before, Nia is wearing a “Gothic lolita” kimono I made for her just before leaving, I wanted her to have a new and japanese looking-like outfit for the occasion^^ 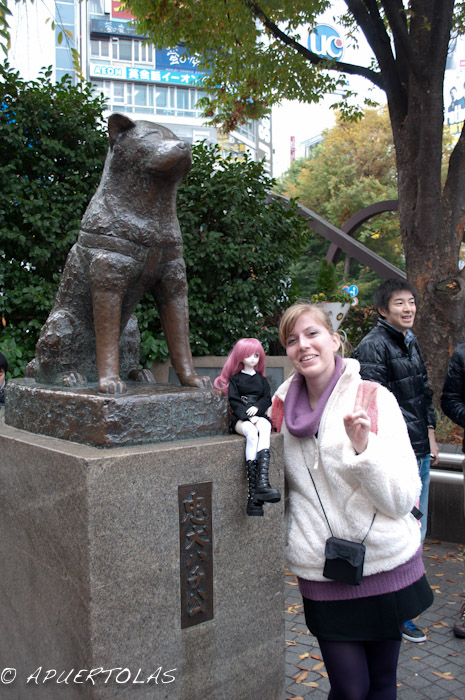 Hachiko! It was funny how people looked at us when I put the doll for the pictures, they usually said “kawaii” otherwise, no one looked at me when I was walking with the doll in my hand with the now famous pose (see Danny Choo’s post hahaha) 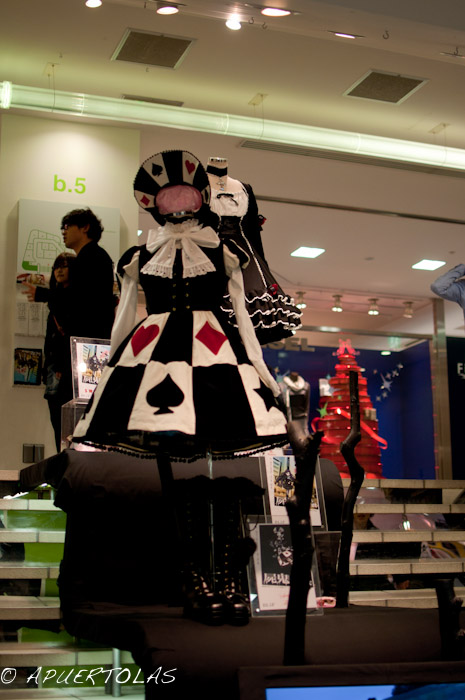 This was taken in a mall where they have many Lolita Fashion clothes (I forgot the name) it wasn’t Shibuya 109…..anyway, those dresses are inspired on some Shiki illustrations, the anime is quite interesting btw :D 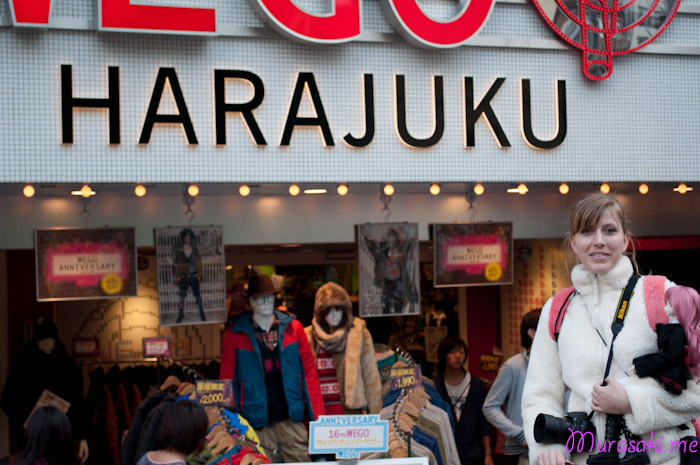 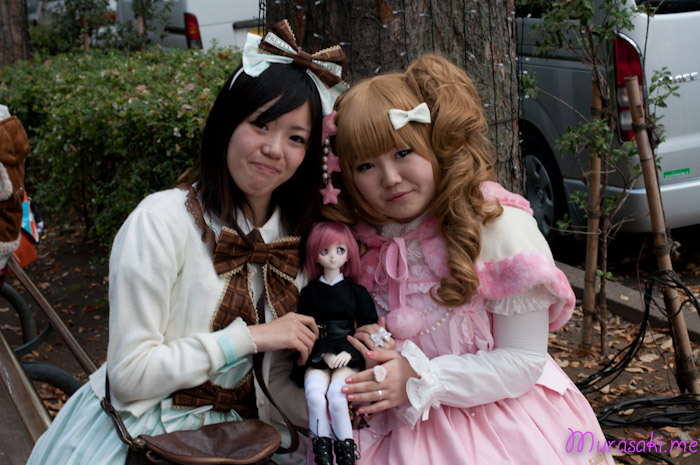 Lolita girls! I was looking forward to see some nice lolita girls. When I saw those two, I aproached them and asked if it was ok to take a picture, they said “Hai!”. When I lent them Nia they were quite surprised, hehe, they said “Ooh!! kawaiiiiiiii” …sasuga Nia-chan xD 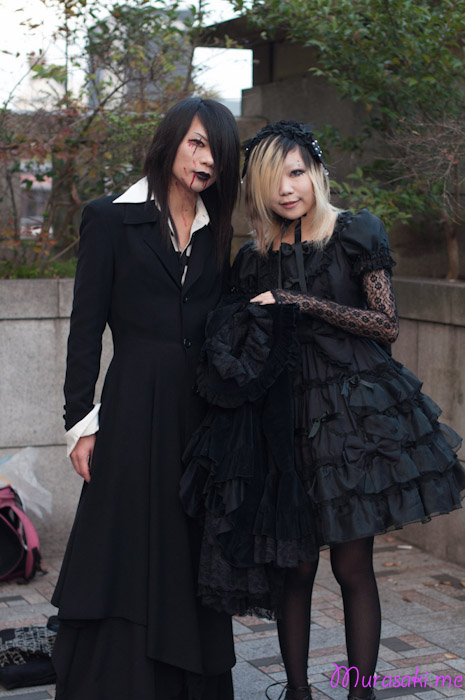 It was a Sunday, but the weather wasn’t so good, so there weren’t many cosplayers there, but I could take a snap of this amazing couple, awesome dresses and make up! 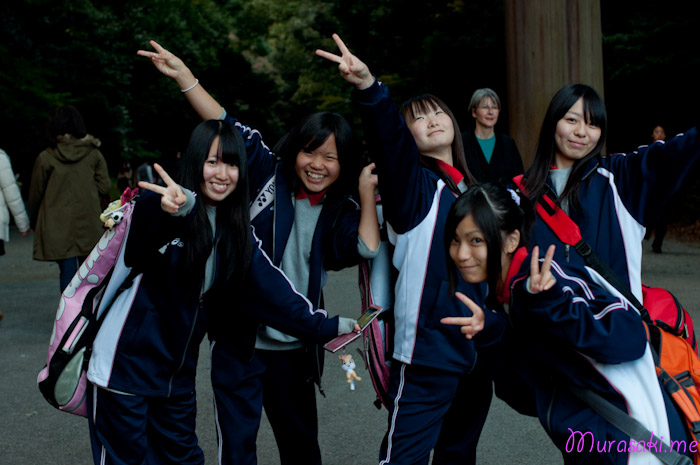 I couldn’t help to take a snap shot of this girls tennis team, they were a bit surprised I asked them for a picture since they probably thought they were just normal girls going to training or something, but I think they really got into it with this nice poses! 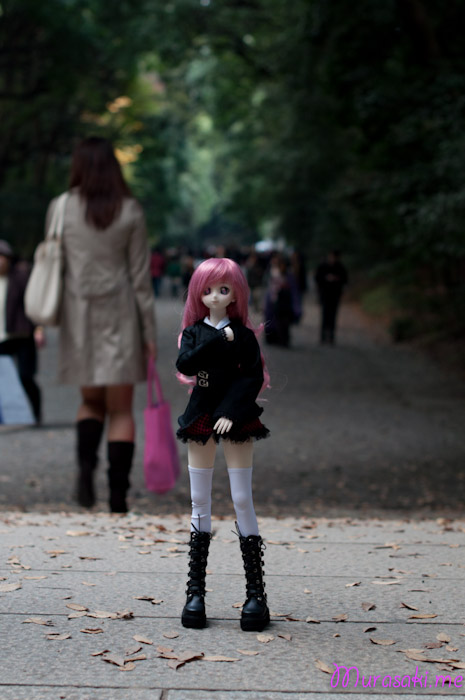 We went to visit the Meiji Jingu Shrine in the Yoyogi park. It was very crowded!

Many families with 3, 5 or 7 year-old kids were celebrating the Shichi-go-san traditional rite, we saw many cute kids all dressed up in traditional clothes. Normally their mothers were wearing a traditional kimono and the father was dressed with a suit. 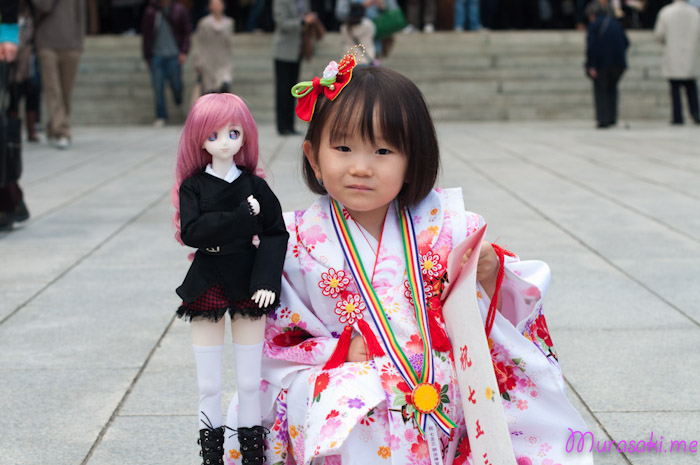 Nia and this cute little girl dragged quite a lot of attention :) 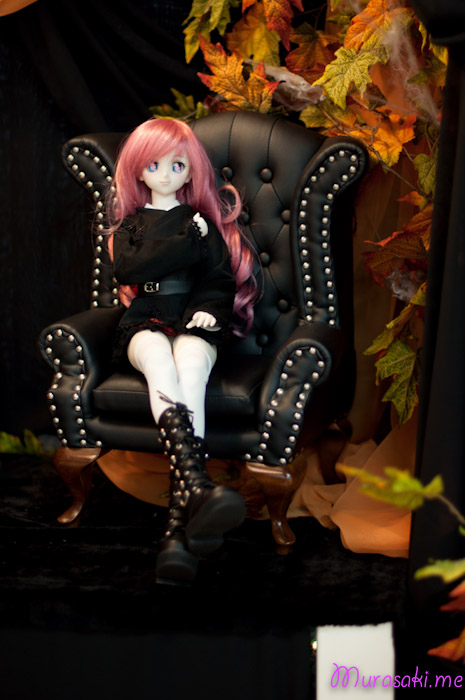 Danny told me that in Harajuku there was a Tenshi no Sumika and DD showroom. They had this small corner with two sofas ready to take pictures, I was given 25 min to do what I wanted^^ They even had DD Mari and DD Amaha Miu for sale! the rest of course, sold out ^^’. 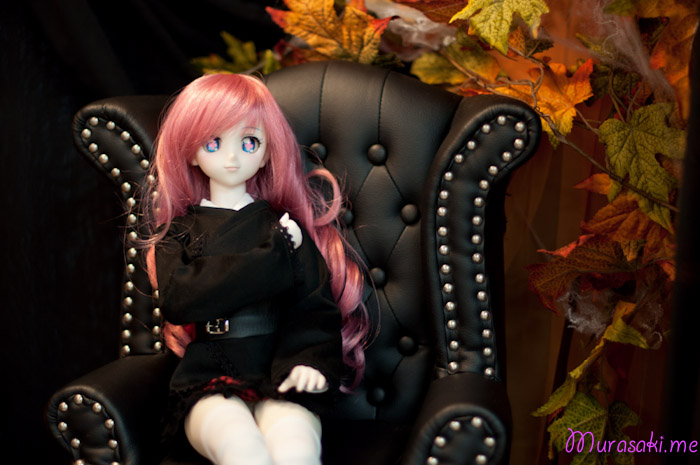 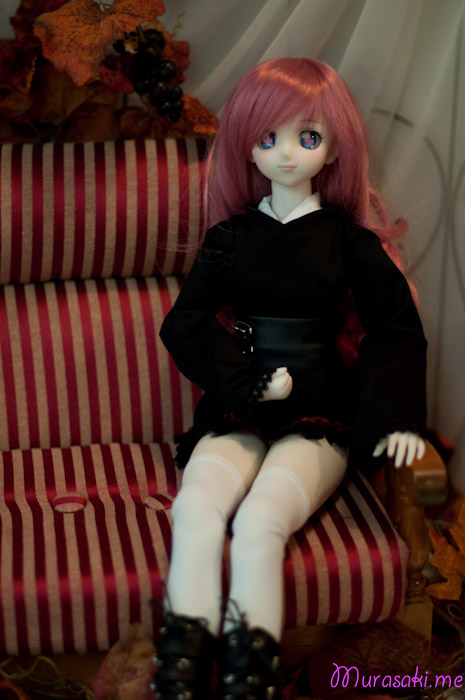 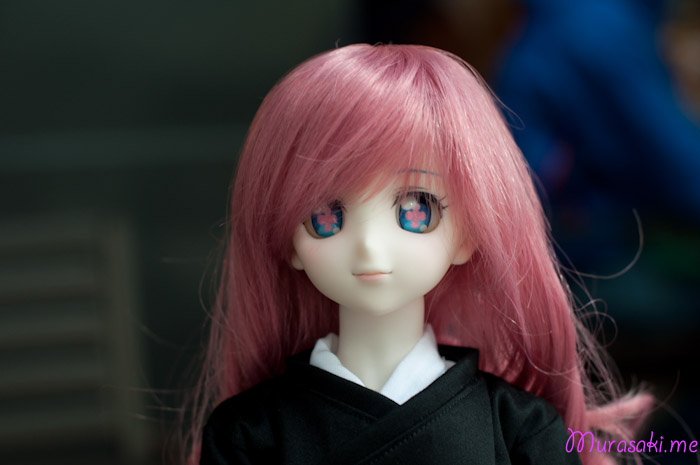 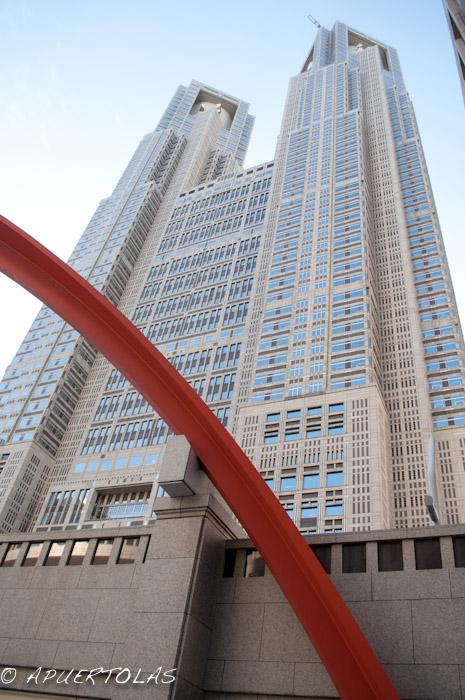 This is Tokyo’s City Hall…. comparing to other city halls I saw…this one is soooo huge! then again, Tokyo has a big population ^^ 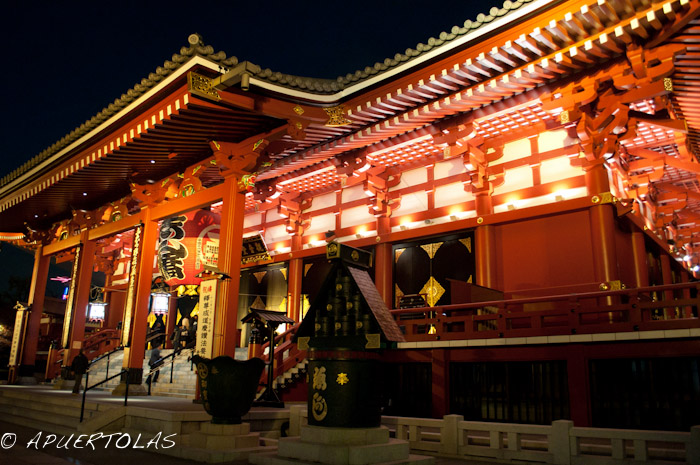 Last but not least of this part 2, Asakusa :) 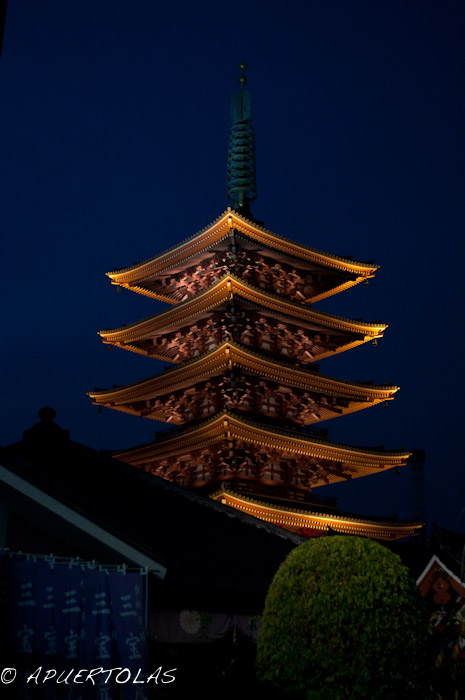 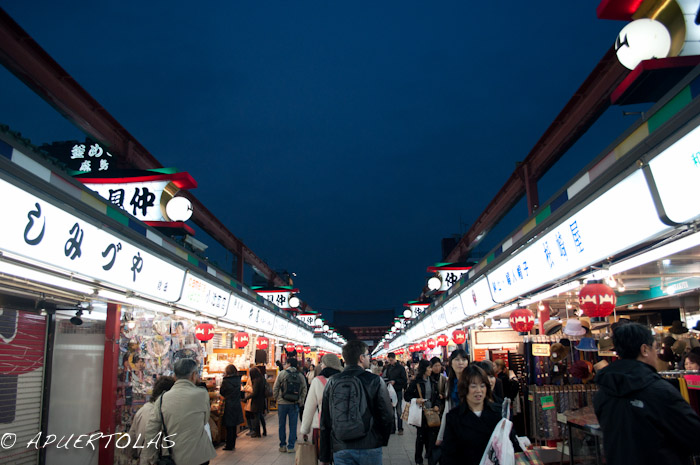 There were a lot of small shops mainly with omiyages.

This all for this second part, the third and last will include Odaiba, Kyoto and Nara.