Recently I submitted my entry for Danny Choo’s ASCII publication; you can see the entry on Figure.fm xD. I posted a bunch of pictures showing the “making of”, and a couple of funny shots  :). I will also take this chance to show you a bit about my city and a some customs we have in our region. 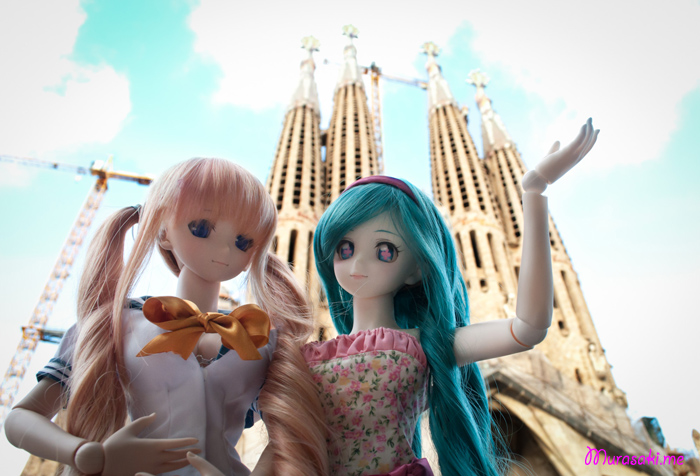 For the ASCII submission, Danny asked if doll owners could take a picture of themselves and their favorite doll and also a picture of a doll with a background representing your city/country. Since I didn’t have a decent picture of that kind, I had to convince my friends to go to the most visited place in Barcelona, the temple of “La Sagrada Familia”. 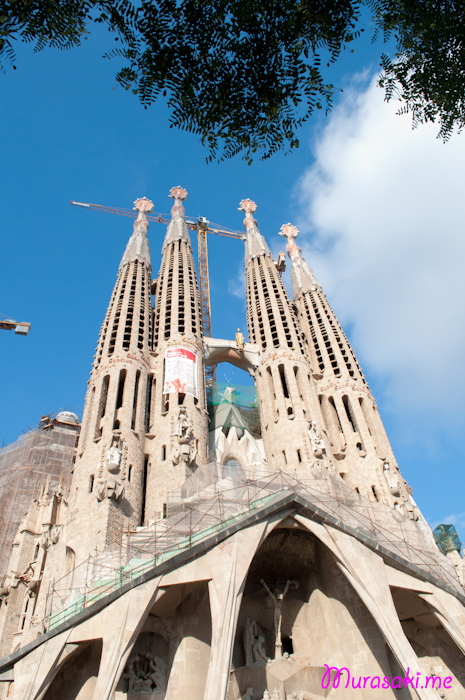 This amazing temple has been designed by a famous architect, Antoni Gaudi (1852-1926), he also built many other famous buildings all around Barcelona, definitely worth visiting if you ever come here ^^. The construction of the temple started over 100 years ago (1882) and it’s supposed to be finished by 2030. You can read more about it at the Wikipedia :). 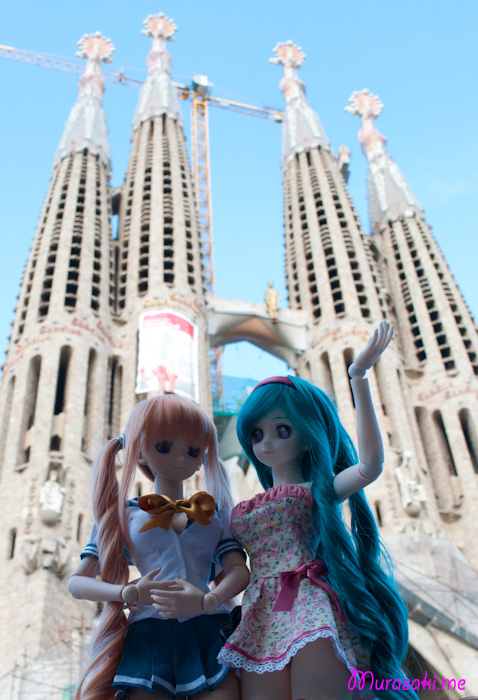 Many people looked curiously at us :3 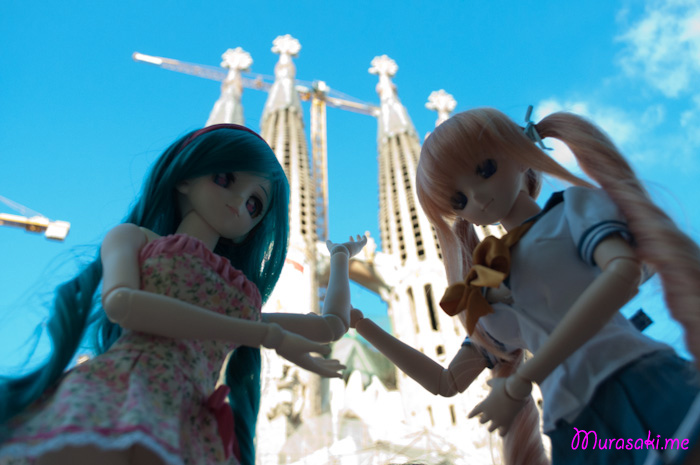 I couldn’t take closer shots because the bulding is so high and so big that you wouldn’t be able to see anything if I came closer, that was taken across the street. 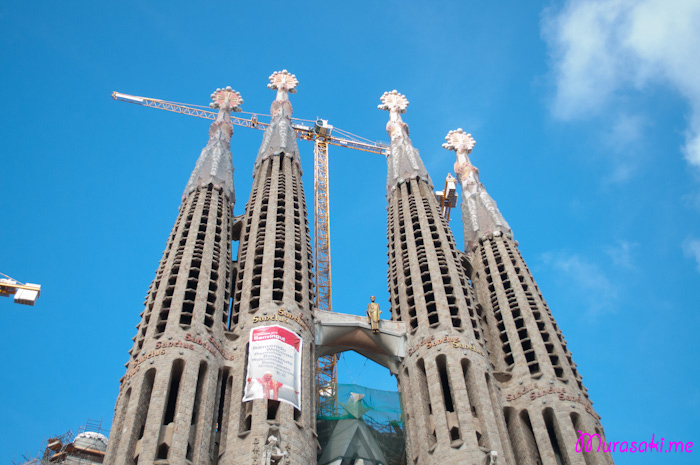 Those four towers are the newes ones, the ones inthe back at older and darker, you can see the difference very clearly. Each façade has a different name. 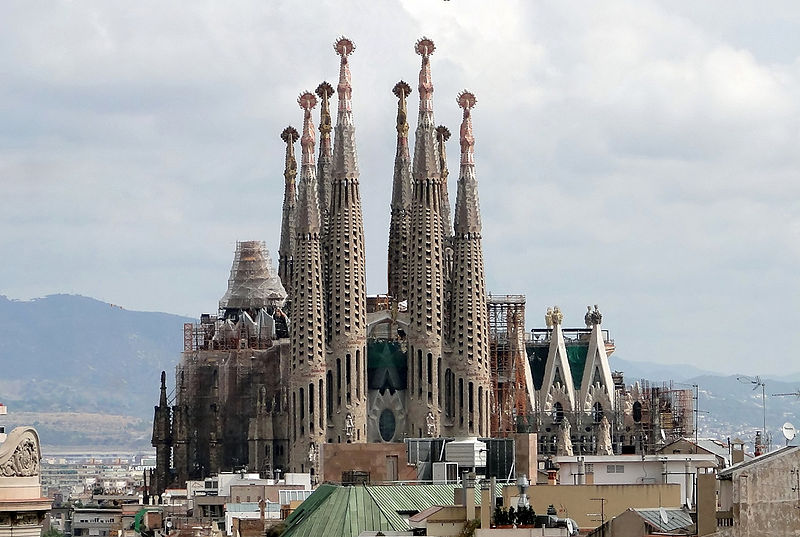 This photo is from the Wikipedia. View from the North side (if i’m not wrong) 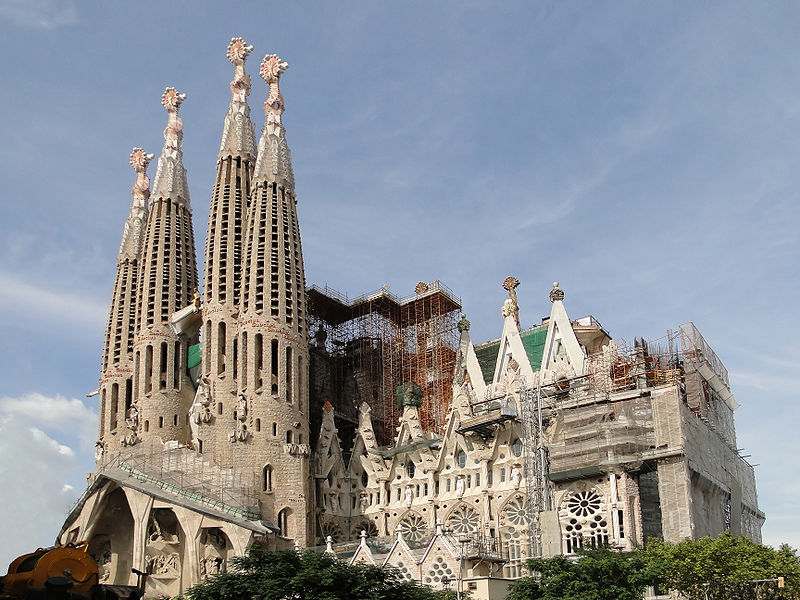 Also from the Wikipedia. This side is the same one I picked for the photos, it’s facing the West. 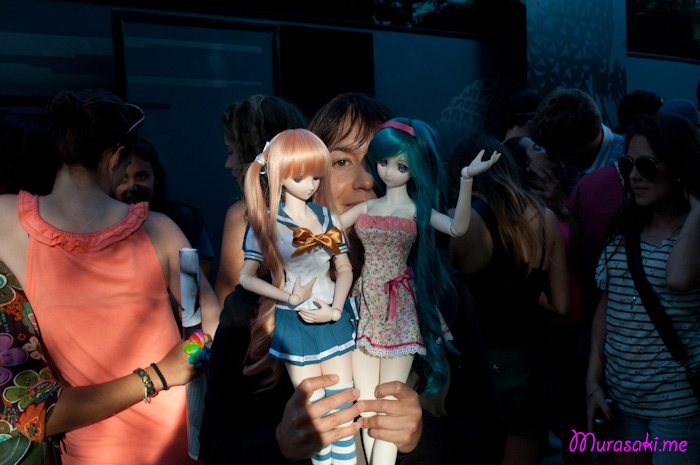 I have to thank my friends for their help hahaha, one for keeping our bags safe in the most crowded place of Barcelona^^ and the other for holding the dolls while I took the pictures xD, it was fun^^. 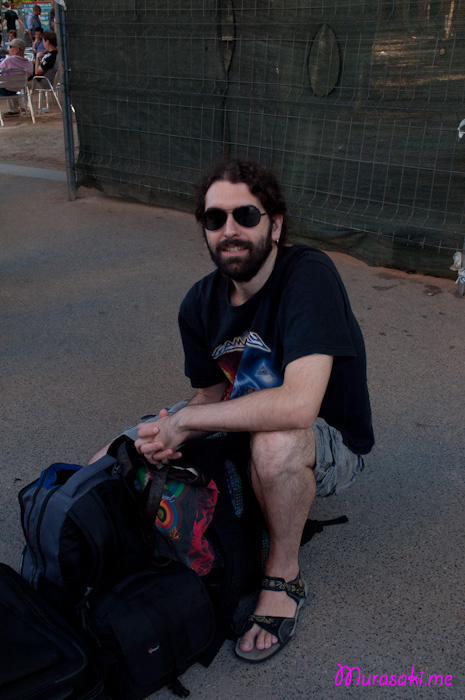 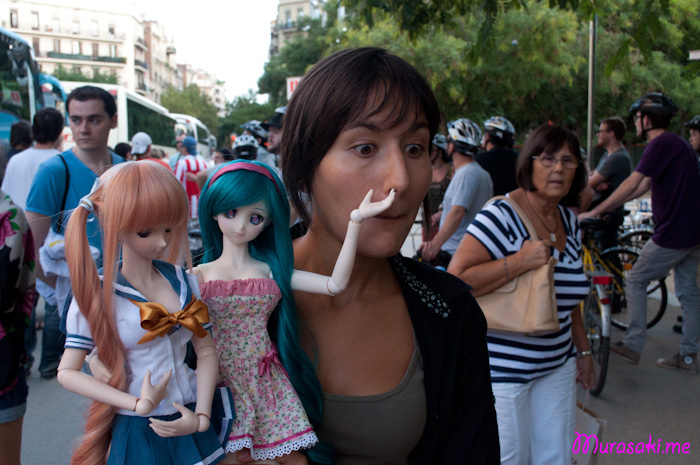 Nia! where are you putting your finger! :p 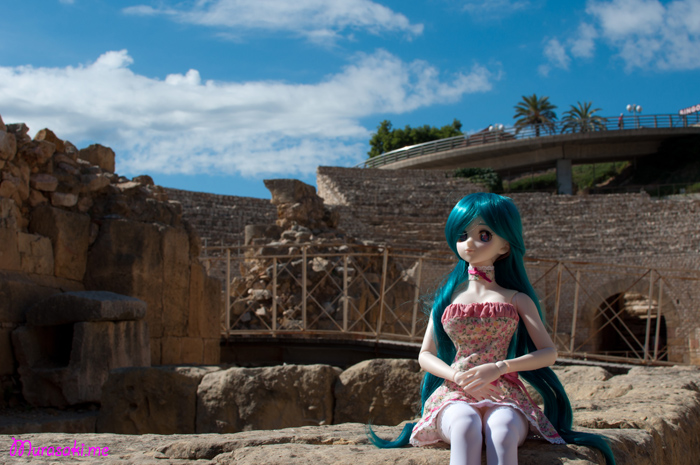 Our next stop was to the Roman ruins in our home town, Tarragona. This time, my husband came with me :3 he doesn’t like to take photos of Nia in public, but somehow I managed to convince him.

Image from the  Wiki

Our hometown has a lot of Roman ruins very well conserved, every time someone digs into the ground so build a new building or an underground parking they find new ruins and the construction has to be stopped in order to analyze the new findings. All around the city, you can visit those ruins since they turned them into a museum and is open for visit. There is a Roman forum, some parts of a Roman Circus, city walls… 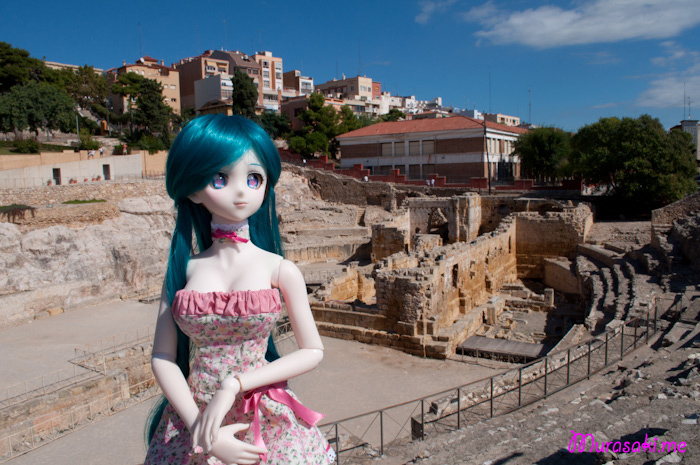 We took Nia-chan to one of the most well preserved amphitheaters in the world, and that day the entrance was free :3 Maybe I should have put some Roman-look alike clothes on her (damn I just thought about it^^)…well an excuse to get back xD. 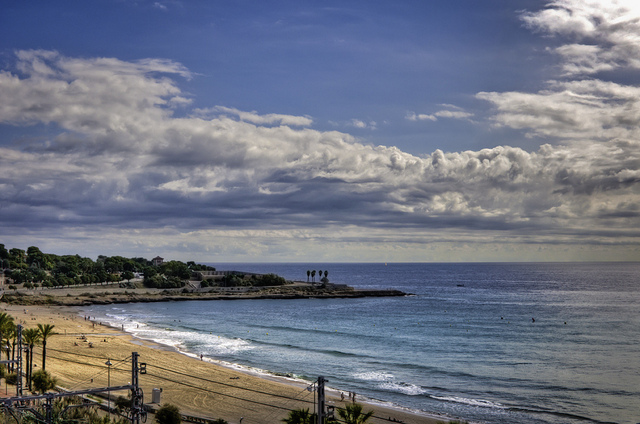 Photo taken by my husband. Nice view of the beach from a place near the amphitheatre :) check out his flickr for more nice shots^^ 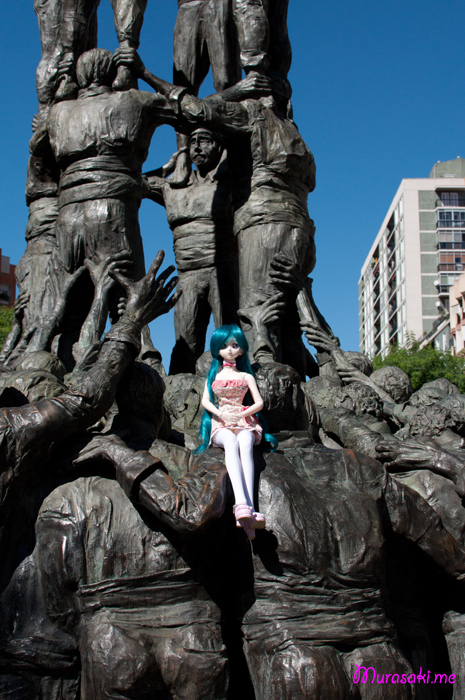 In this picture Nia is sitting on a statue that represents one of the most famous traditions in our region. Its a human tower called Castell (which means Castle in catalan). At the base there is a circle of 4 people (depending on the type of castle) that hold to each other by the shoulders. To from a more solid base, a bunch of people gather to secure it’s stability. Each level is formed of 4 more people normally sorted by weight. 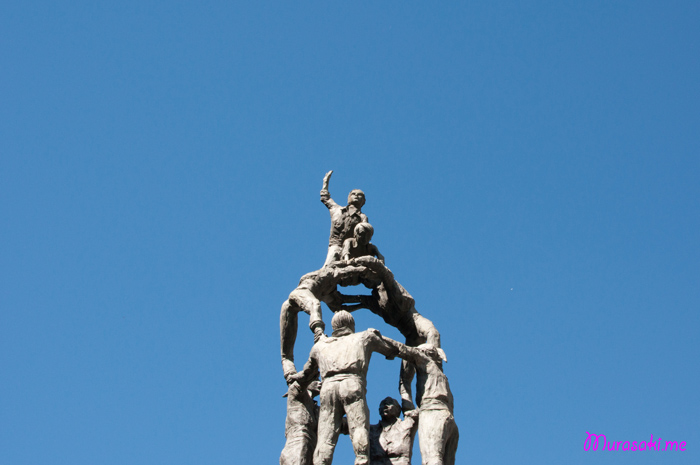 The Castle can have 6-10 levels, the 3 are formed by the youngest children. As you can see in the picture, at the top level there is a kid rising his hand. This happens really fast, the kid climbs to the top, rises his hand and goes down fast. You can’t imagine how much weight are holding the ones at the base :S.  The building process is very well explained here at the Wipikedia. Watching this live is really amazing and exciting. Oh, and both women and men can participate^^. 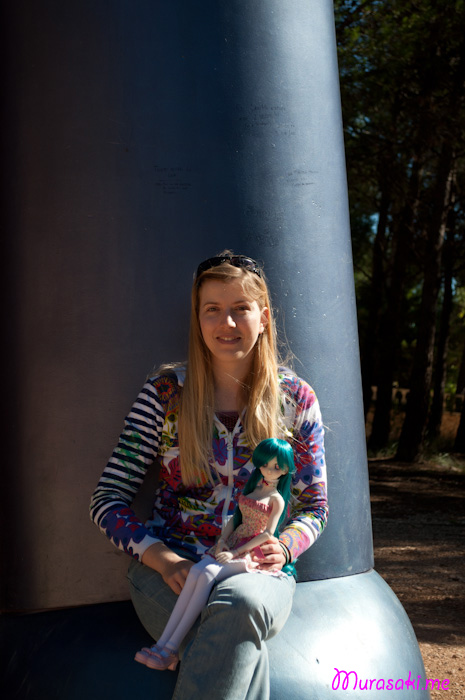 Our last, but not least stop was by this huge Mazinger Z statue.

My husband, his best friend, Nia-chan and myself went to visit a this Mazinger Z statue built near our hometown. We have no idea since when it is there, but we were glad we found out hehehe, it’s not a Gundam size statue, but looked nice too! 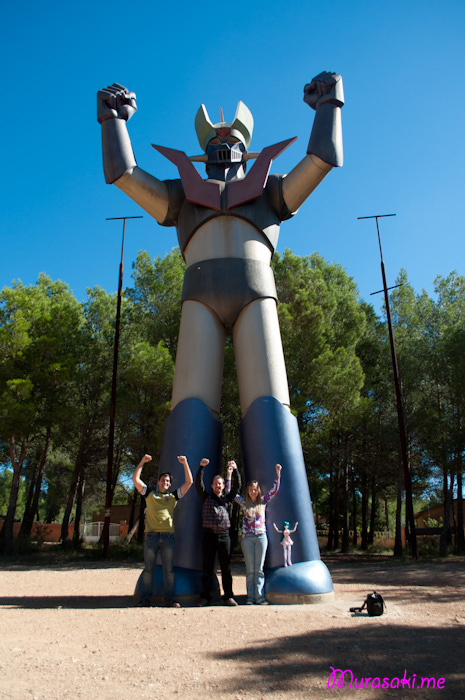 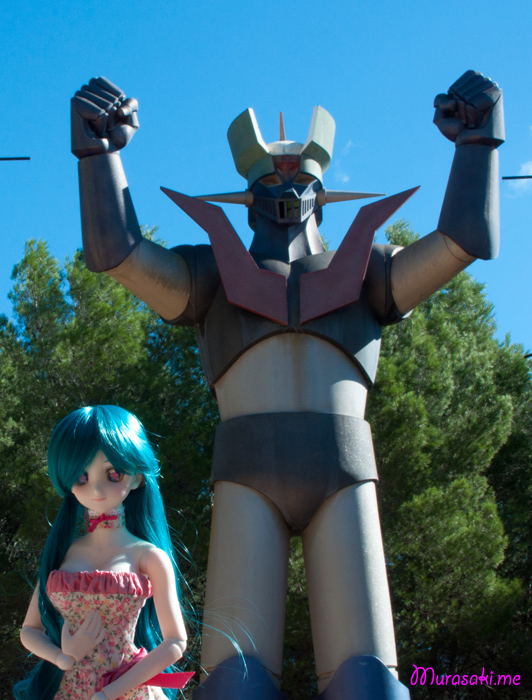 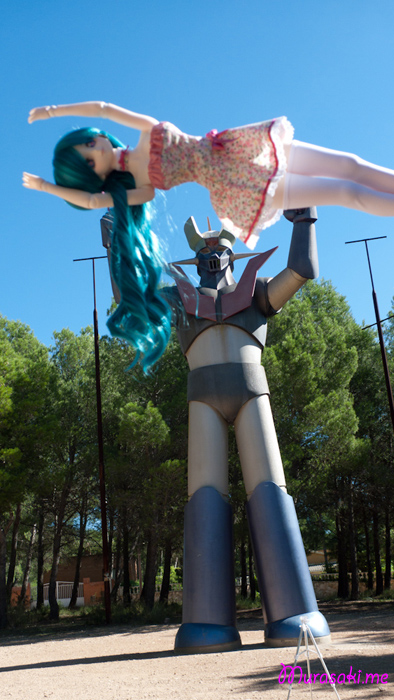 Nia-chan getting kidnapped by Mazinger? Or maybe is Nia-chan trying to crush him? xD 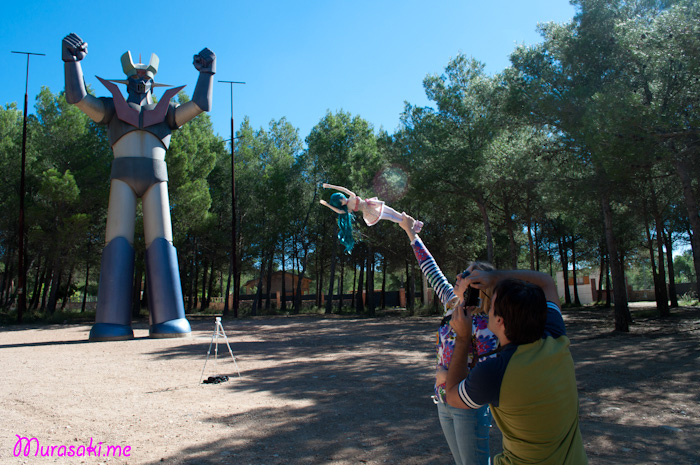 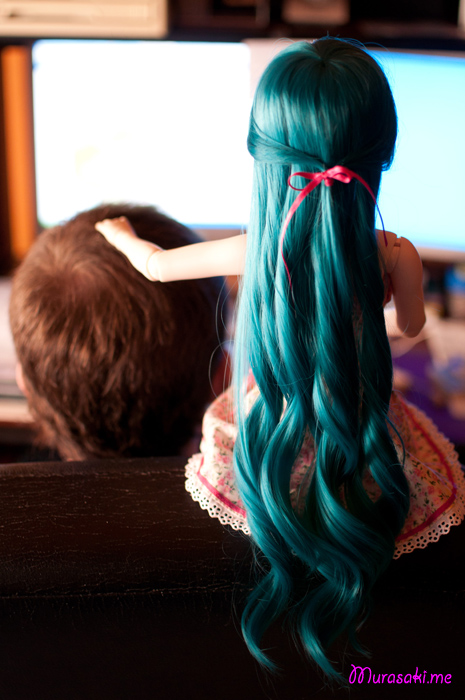 I like this shot, Nia to papa at home :)